What is Clinical Endocannabinoid Deficiency Syndrome? 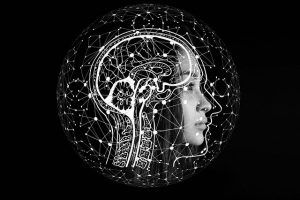 Could some of your health issues be linked to a deficiency in endocannabinoids in your body? According to researchers, many ailments that people suffer from could be a result of what’s known as “clinical endocannabinoid deficiency syndrome,” (CED) which is a condition that is believed to occur when the endocannabinoid system (ECS) is not performing up to par. Cannabinoids from the cannabis plant may serve as supplementation when this system needs a boost. The ECS, or the body’s built-in cannabis system, works to keep the body’s internal environment in proper balance.[1] It’s made up of endocannabinoids, receptors, and enzymes that help to regulate several bodily functions, including pain, mood, and appetite, among others.

Cannabinoid receptors are found all over the body on cell surfaces, and endocannabinoids interact with or bind to these receptors to induce a certain reaction. Endocannabinoids are then are metabolized, or broken down, by enzymes in the ECS. [1]

Cannabinoid researcher Ethan Russo, MD first suggested in 2001 that deficient levels of endocannabinoids may help to explain the development of certain conditions.[2] Migraine, fibromyalgia, and irritable bowel syndrome have most strongly been associated with endocannabinoid deficiency. However, there are data suggesting that additional conditions, including multiple sclerosis, neuropathy, Huntington’s disease, Parkinson’s disease, post-traumatic stress disorder, eating disorders, and autism, may also be linked to reduced function of the ECS.[2]

While additional research is certainly needed to better understand ECS function, CED could explain why taking cannabinoids like cannabidiol (CBD) can be so effective at alleviating certain ailments. Considering the idea that a shortage of endocannabinoids may be behind the lack of homeostasis in the body and therefore may lead to various ailments, cannabinoids may provide important supplementation to the ECS to fill a void.

One Reply to “What is Clinical Endocannabinoid Deficiency Syndrome?”